Friday, January 12, 2018 was my last day living in Grand Rapids, MI. My lease ended, as did my job, and it was time to go…somewhere. I don’t have a destination in mind yet, and I’m still looking for my next gig. I will miss things about Grand Rapids, and there are some things I won’t.

Most people think I’m nuts, but I will miss things about the snow. I love snow, I like the cold, and it’s fun to play in. It makes the world quiet, and covers everything in the pristine coat of nature. I think it’s the silence of it, the way it just falls from the sky, not making sound, and deadening the sounds of the world around. It’s very peaceful.

I will NOT miss driving in the stuff. Nope. It’s not so much the snow, but the salt that goes down, mixes and pulverizes, and creates what I affectionately call, “Snow Scum”. It’s a milky white coating on your windshield that accumulates very quickly as you drive, and makes it hard to see out.

Windshield wipers, you say? HA! The cold and ice makes them pretty much useless. They don’t make consistent contact with the glass, and, at best, leave streaks that make things even less easy to see through.

I’m sure there’s a secret trick Michiganders know that no one will tell me, on how to combat this effectively.

But, this being my last day in Michigan, I will probably never learn it.

The absolute WORST thing about Michigan, is the roads. WORST ROADS IN THE COUNTRY. The pothole are car-sized, and they are EVERYWHERE. For as much as you pay in income tax, for state and city, as well as vehicle registration, fees and stuff, you’d think some of that would go into road maintenance.

Nope. No wonder car insurance is the highest in the US. They agents even tell you that when you first call to get insurance.

I will miss all the stuff going on in the city, I will miss the people I’ve met. El Paso claims to be the friendliest city, but compared to Grand Rapids, it’s really not. I’m sure everyone loves to boast about how friendly their city is, and it’s not until you leave that you can make the comparison. GR is great, people will actually say hi, people will talk to you.

Especially the panhandlers. They love to come talk to you. Not my favorite. Not because they are looking for money, but they do get a little aggressive sometimes. Passing one guy on the street, he asked for money, I didn’t have any cash, and said so. His response?

Probably not the best exchange, but his demand for cash was a little over the top for me.

Maybe I’ll do more about GR later, but for now, see you later, Michigan! 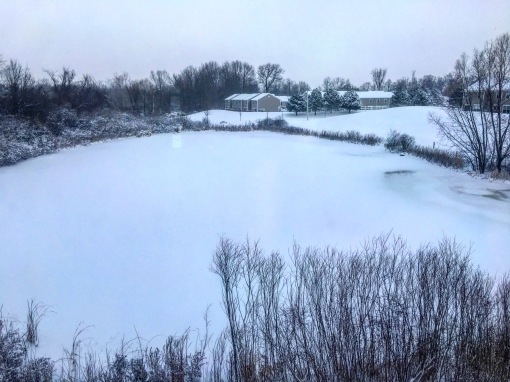 The pond behind my apartment. 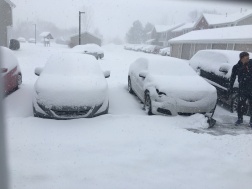 Lots of snow coming down. 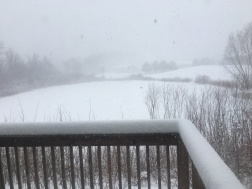 So much snow, the view isn’t the best today. 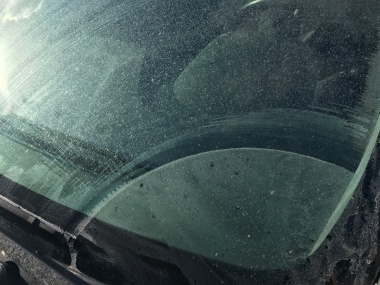 I hate the Snow Scum 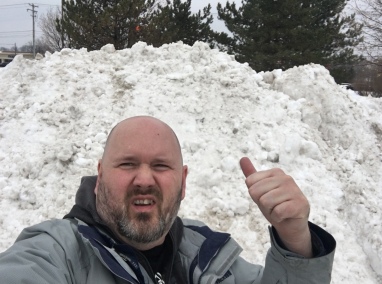